Self-harm is a major health care problem and changes in its prevalence and characteristics can have important implications for suicide prevention. The objective was to describe trends in the epidemiology of self-harm based on emergency department (A&E departments) visits over a 26-year period in Ghent, Belgium.

We analyzed data on all self-harm presentations from the three large general hospitals in Ghent between 1987 and 2013. We investigated trends in prevalence (events by year per 100.00), methods and alcohol use.

Rates of self-harm steadily decreased during the 26-year study period. In general female rates of self-harm were higher than male rates. the mean patient age was 35 years. The mose commonly used method of self-harm was self-poisoning by means of an overdose of medication (80.8%), followed by cutting (10.2%) and hanging (4.2%). Psychotropics (including antidepressants, benzodiazepines, barbiturates and other tranquilizers) were the most frequently used drugs (74.5%). A proportional increase in the use of self-injurious methods in self-harm was highly significant, more specially in the use of hanging, jumping from heights and the use of other violent methods such as the use of firearms, jumping before a moving object or other traffic related injury.

This epidemiological study showed an increase in the use of high-lethality methods in self-harm which has important implications for suicide prevention. As restrictions in the availability of these methods are difficult or impossible to achieve, prevention programmes will have to emphasize the role of thorough psychosocial assessment and adequate follow-up care of self-harm patients. 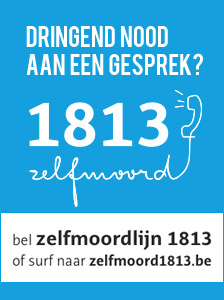